Jan 2010 - A New Beginning - Erase the Broken Old - Create Your New Intention. Mastermind to Let go and Start Anew with Forgiving ! Letting go of Past Impressions...

Isn't 2010 - our new decade - already off to an amazing and cleansing start?

*****
LISTEN HERE ~ JANUARY 2010 FORGIVE NOW MASTERMIND
http://www.byoaudio.com/play/WRjzW0wX
DOWNLOAD HERE ~ FREE MP3 FILE DOWNLOAD
http://patcrosby.byoaudio.com/files/media/4b24ad3f-bbcb-7116-2046-6d3b316a6e97.mp3
*****
Subscribe
http://ILoveForGIVEness.com
So much has gone down, is going down, and will continue to go down.  The time of wiping the slate clean is upon us.  So much that is old is now releasing and letting go.
We ask your to dedicate this month's ForGIVEness Mastermind to the releasing of the past hurts and impressions, the old patterns of greed, grope and grub.  We ask you to envision and install the new and fresh energies of your great visions - for yourself, our world, and all those around us.
If you want to hold the vision of the new Haiti in your mind's eye while doing this meditation, please do.  Dr. Emoto's email  that he sent out today about Haiti and the message we can send to the water is included below for those of you who follow Dr. Emoto's work.
Haiti is a vision of how we can ALL be remade.
Do you know the heartfelt and soulful prayers, intentions, and secret desires of your heart outweigh one million to one those thought forms of lower vibrating density?
Envision the beautiful new you, the beautiful new planet you wish to see in the mastermind portion of our January spirit fest.
Let go all that is old and stale and hurtful in the ForGIVEness section of our audio event.
The January 2010 Mastermind welcomes Siemone Langhorne from New York City and Guayana  - a Caribbean country.  Her wondrous and joyous nature embraces those across many lands and countries, including those on the islands of the mighty sea -
The Caribbean.
Siemone shared with me after our December ForGIVEness mastermind how her little daughter and her husband were both drawn into the room where the mastermind was being listened to... and all family members experienced the peace that unfolded during the Golden Particle Meditation part of the Mastermind.  Siemone shared how her little daughter said the experience was "SO beautiful".  We hope you feel that way, too.
Combining our intentions - when two or many unite their visions and heart purpose - creates a great groundswell of positive and loving intention and creation.
Yours in Love and Lightness,
Pat Crosby
Find this and other ForGIVEness masterminds, blog, community  and book information archived at
http://ILoveForGIVEness.com
Music on the audio by Singh Kaur.
Mastermind Intentions by Mary Robinson Reynolds
********

IT IS MORE AND MORE URGENT TO HELP PEOPLE FORGIVE.
PLEASE HELP US SPREAD THE RELIEF OF FORGIVENESS NOW

An eye for an eye, a tooth for a tooth, a limb for a limb makes the whole world blind, dumb, and lame

Do You Have A Group? Special Customized Editions Available. Quantity Discounts.

We can accommodate 25 to million+ copy runs of your Special Edition of
The little Book of ForGIVEness - How to ForGIVE in 7 Easy Steps.
We can do memorial copies in the name of your special loved one or cause, too.
Please ask us.
INQUIRE
patcrosby@gmail.com
845.434.3829

Thanks, this is great!
Love the blogspot you've put together!
Thanks
Nancy K, NZ
Dear Pat, thanks so much for all you do!! Emoto's words were so helpful.. Forgiveness reminders always helpful. Blessings, love and light as we move into 2010.  LaVerne, Atlanta GA.
THIS WAS SOOOOO BEAUTIFUL.  PAT, U R TRULY GIFTED WITH THE FORGIVENESS ANGELS.  I TRULY SEE THIS BLESSING ALL THOSE WHO LISTEN.
THANKS, Siemone, NY NY
Get Real!  Expect A Miracle!
http://ILoveForGIVEness.com

This article republished at:
http://groups.yahoo.com/group/justchannelings/message/43672

Posted by Pat Crosby at 1:39 AM No comments:

MONDAY, Nov. 23 (HealthDay News) -- Men who bottle up their anger over unfair treatment at work could be hurting their hearts, a new Swedish study indicates.

Men who consistently failed to express their resentment over conflicts with a fellow worker or supervisor were more than twice as likely to have a heart attack or die of heart disease as those who vented their anger, claims a report in the Nov. 24 online edition of the Journal of Epidemiology and Community Health.

In fact, ignoring an ongoing work-related conflict was associated with a tripled risk of heart attack or coronary death, the study of almost 2,800 Swedish working men found.

"It is not good just to walk away after having such a conflict or to swallow one's feelings," said study co-author Constanze Leineweber, a psychologist at Stockholm University's Stress Research Institute.

The study did not specify good ways of coping with work-related stress -- "We just looked at the bad side of coping," Leineweber explained.

The study doesn't advocate being belligerent at work, Leineweber cautioned. "Shouting out, and so on, is not proper coping," she said.

But venting one's anger outside of the workplace didn't seem to take a cardiovascular toll, at least. "Getting into a bad temper at home" was notassociated with an increased risk of heart attack or cardiac death, the study authors found.

The findings echo those from a study published last year in the journal Occupational and Environmental Medicine. That study, also from Sweden and involving more than 3,100 men, found that having an overbearing or incompetent boss boosted workers' odds for angina, heart attack and death.

Leineweber stressed that what is true for men might not be true for female workers. While the study included more than 2,000 women, too few of them had heart attacks or died of heart disease to allow conclusions to be drawn.

"Earlier studies have indicated that women use different coping strategies than men," Leinewaber said. "So for women, strategies such as going away and not saying anything might not be good."

"Social interaction, having people to talk to, is extremely important," Rabin said. "If you keep things to yourself, you have high levels of stress hormones. Women are more comfortable in social interactions than men. They talk more, while men tend to keep within themselves."

A study, conducted by the Swedish researchers in 2005, found that women did not have the same levels of cardiovascular risk factors as men, Rabin noted.

There is no one key to handling on-the-job stress, because the level of stress depends on an individual's environment, at work and in the home, he said.

"Work environment is important," Rabin said. "You need interaction between people so that everybody feels they can express their opinions about their work. You shouldn't come to work with a feeling that no one cares."

"And when you go home, it is very important to share your feelings with whomever you are sharing with," Rabin added. "Also, you should understand that children learn from the behavior of parents. You can have a meaningful effect on the long-term health of children by being good role models. The message is that the environment you culture can affect not only your health but also the health of those who are important to you."


Do the 6 minute ForGIVEness cleanse.... listen and download at
http://iloveforgiveness.blogspot.com/ 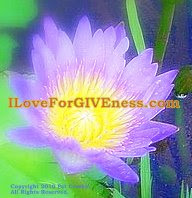 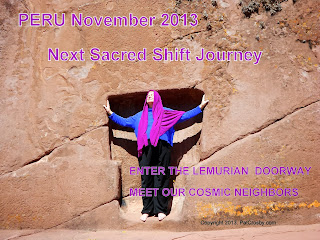 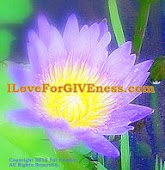 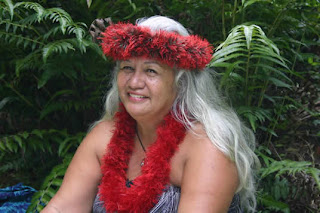